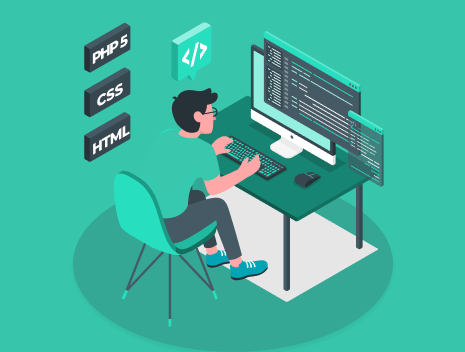 As we know frameworks provide a platform for developing software, they provide us with the base structure to work on and we can make changes according to our requirements. Because of which developing phase is accelerated and great efficiency is achieved

There is a wide range of frameworks to choose from depending on which type of software we want to develop and which functionalities to be included.

Monaca is cloud-driven and provides an open standard development environment for professionals. It is widely used for mobile application development, to develop tablets, smartphones etc with ease.

It offers the ability to develop application not only in frontend but also in the backend too! along with debugging capabilities. Monaca development relies on the powerful Onsen UI JS framework.

The main features include a flexible development environment, remote online build and continuous integration that is, it is easy to integrate into any existing workflow.

It offers multiple previews and hence speeding up testing efficiency. It also has a Monaco Editor with which development process is accelerated.

It helps the developer to create a mobile app using simple HTML, CSS, JS which supports many mobile devices such as Android, IOS, Windows etc. It can work on data from any backend data source. It builds mobile application faster and effectively.

It consists of all the features that are required to improve mobile application experience such as smooth scrolling, adaptive layout etc. Additional libraries like JSQuery are not required here as the DOM manipulation interface is already packed in Sencha Touch. It is proven to give a highly cost-effective solution along with cross-compatibility

It is the most famous and widely used CSS framework, also it is free and is used for mobile-first sites, a mobile-first site is a designing approach preferred for sites used in mobiles than on any-other device developing.

Bootstrap is very simple to use, anybody having knowledge of HTML and CSS can start using bootstrap. It offers a steep learning curve but a lot more possibilities to developers that have some experience.

It is compatible with all modern browsers, for example, Mozilla Firefox, Google Chrome, Safari etc. Bootstrap can be customizable as per the design requirements.

It offers all the features that you will need to develop responsive sites and applications. It is very easy to add extra functionalities as per requirements from arranging for JavaScript plug-ins provided, it saves a lot of time and effort.

Skeleton consists of javascript and HTML files with the help of which we can develop a website to fit on any device, irrespective of its size.

It provides basic functionalities of Html like buttons, drops down etc. It is also known as simple and responsive boilerplate. Boilerplates are similar to templates, but they are more helpful, they often contain text and graphics for easy start rather than just layouts that include these elements.

It is known for its grid system and used when developing a smaller project as it requires only 400 lines of uncompressed code. Skeleton is mainly known for responsive grid layout, PSD templates, and CSS class for responsive image elements.

Skeleton has 2 versions the skeleton V2.0.2 i.e the new version and skeleton V1.2 i.e the older one.
Let us understand major changes in the 2 version

The current version includes 2 CSS files, is a mobile-first approach, and a 12 column-fluid grid, with a default max-width of 960px.

Whereas the previous did not use the mobile-first approach, consisted of 3 CSS files and included 16 columns fixed grid. As we can understand the current version offers more flexibility than the previous version.

It is one of the best JavaScript frameworks for developing websites which have complex operations. Angular js provides additional attributes for an HTML document that is with the directives and binds data to HTML expressions.AngularJS can create Rich Internet Applications (RIA).

It is an excellent framework for developing single-page applications. AngularJS follows the Model View Controller ( MVC) architecture; it is divided into three parts

1. Model: It includes the application layer data
2. View: This part is responsible for the displaying data depending upon the user.
3. Controller: Responsible for controlling the relation between the above parts and performs the operation on the basis of input received.

The main features of this framework include filtering, here data is transformed before it reaches the view layer and the function can be modified according to the system requirements.

Also use of templates can be done for faster development of a website, includes templates made of basic HTML. Applications written in AngularJS are cross-browser compliant.

JavaScript code suitable for each browser is handled by AngularJs efficiently. AngularJS comes with several built-in services such as $http to make XMLHttpRequests.

These are singleton objects which are represented only once in-app. It also promotes code re-usability that means the developers can now re-use the codes or the components which were previously used for developing other applications, this feature makes AngularJs framework different from other frameworks.

React JavaScript is an open-source JavaScript library for building the user interface. It is the most popular and widely used JS library. It creates a virtual DOM (Document Object Model), it defines the logical structure of the documents and the way they are accessed.

Reactjs is defined by its components, and they act as its building blocks. React js is a go-to framework because the data used are either taken from components parent’s components or they belong to the component itself. Most of the single page modern web applications are developed using react in no time.

As we are using SPA’s (single page applications) it is necessary to keep updating the DOM. Through react, js developers can change data without reloading the webpage in large web applications.

React js is the highly beneficial framework, as we know it makes use of virtual DOM and any changes made are first applied to the virtual model and then to the DOM.

The virtual DOM is nothing but an abstraction of HTML DOM. The virtual DOM consists of React Elements. If we were to be using the DOM tree-structured model and any minor changes made to the upper layer, causes disruption to the interface.

Your request has been sent successfully. Our team will get in touch with you shortly.

Facing trouble in submitting form? Then simply mail us on [email protected]

Your request has been sent successfully. Our team will get in touch with you shortly.